On Wednesday evening, 9 November 2011, Owen Whalley, Head of Planning and Building Control, met with Cllr. Robina Khan (Lead Member for Housing), Cllr. Alibor Choudhury, and local residents Tom Ridge, Brenda Daley and Melissa Parker. We are grateful to Cllrs. Khan and Choudhury for arranging the meeting and to Owen Whalley for agreeing to meet us. Following a review of events since 2008, Owen confirmed that he and his colleagues are dealing with the four buildings on Underwood Road as non-designated heritage assets. It was agreed that various letters would be written to Peabody Housing and English Heritage, and that we would meet again on Wednesday, 16 November 2011.

We met with Cllr. Rabina Khan on Wednesday evening, 16 November 2011 and reviewed progress. We are still waiting for the news item on the Council’s website to be suitably amended. And we are still hoping that Peabody Housing and the Council will inspect the tarpaulin sheeting over the roofless building to ensure that rain water is drained away from the building. 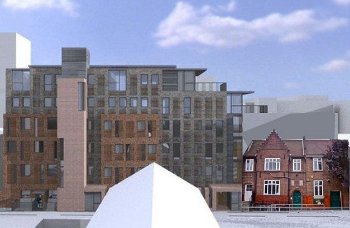 We understand that Peabody’s architects Brady Mallalieu are redesigning their proposed new building to see if it can incorporate the two ‘cottages’ at 22 and 24 Underwood Road. However, there are still numerous issues to be resolved and we hope that Tower Hamlets Council will continue working with Peabody to ensure the retention and conversion of the two non-designated heritage assets as part of a housing scheme which provides the right balance of housing for rent, shared ownership and sale.

There is also a possibility that after Peabody has met with Cllr. Rabina Khan they will meet with representatives of the Campaign.

On 29th November we are presenting the Peabody Petition to the full meeting of Tower Hamlets Council. So far about 650 people have signed the petition (including hard copies). To achieve our target of 1000 signatures please encourage more people to sign the onlne petition.

Peabody have recently posted a link on their website claiming to take you to full details of there current proposals. Hardly “full details”